Turning out to play poker professionally has its own sets of ups and downs and requires appropriate skills as well.

Playing Poker can have the following benefits:

2. Play More, Earn More– Once you get the strategies right your chances to earn more increases. While the winnings depend on whether it’s an online format or casino the chances of you maintaining seven-figure winning years increases leaps and bounds.

3. Travel like a Pro– Upon acquiring expertise on expects to travel extensively around the globe taking part in various tournaments in the process. He gets to meet a lot of people and also gets to learn a lot from the exposure to various people, culture, and heritage as well.

4. Spotting it right-As one progresses on the various stages of poker,one becomes increasingly observant, keen to watch, introspect and analyze one’s own style as well as that of fellow players as well. This acquired trait helps him/her in various other aspects of his life as well.

Moving to the other side of the coin playing Poker professionally can cause the following ill effects as well:

1. The Solitary gamer-Since this is an individual game one can feel lonely and alone as well. One of the downsides of a non-team game.

2. The Rapid down turn-One gets to be fully responsible for not only managing his own finances as well as being true to himself for guaranteeing one’s success. At times though, one gets it right in terms of skill, strategy and intuition one can get lose hundreds and thousands of rupees in an instant.

3. Winning Earnings but losing health-The uneven hours and changing fortunes might affect one’s eating appetite and may motivate him to gorge on junk food such as pizza, tacos, and also at odd hours. Since it’s a morbid indoor activity one’s physical activity cycle gets affected as well.

4. The irreversible damage-Continuous losses might result in one getting psychologically affected and end up being low on morale as well.

Each Hand in Poker is so intriguing and unique in its own sense. Its an eclectic mix of personalities, cards, and circumstances that drives people to bring their best and make optimum decisions. 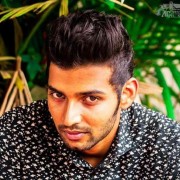 7 reasons to make a career in poker

How can Poker change one’s life